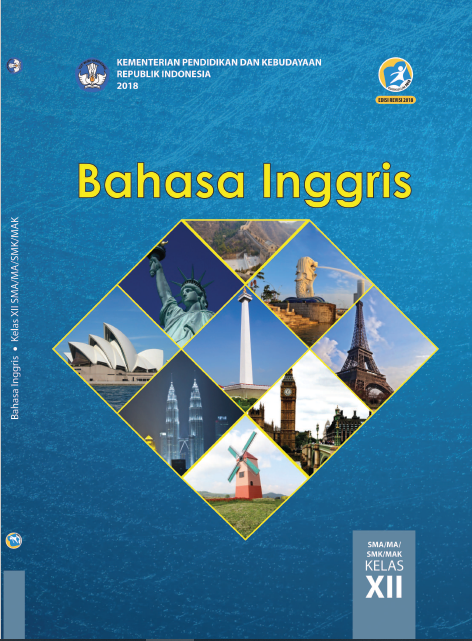 Listen and repeat after your teacher.

Listen to your teacher reading these words. Repeat after him/

Read the following text taken from a newspaper. Pay

attention to the underlined words.

ce in Kuningan, South Jakarta, to report problems with the online

During their visit to the agency’s of

ce, the parents expressed their

dissatisfaction with the online system, which according to them was

disorganized and made it dif

cult for them to register their children for

Riki Setyanto, one of the parents, said that he had registered his

Jakarta, but she then got rejected due to the minimum height policy

applied by the state-run school.

However, he added, his daughter was also turned down after she

“First, my daughter was rejected because of her height, and now

due to technical issues, she can’t register at any school. I just want to

get her into a good school,” he said, adding that he hoped the agency

could solve the problems as soon as possible.

Nuraisyah Paransa, another parent, also said that she was unable

school through public admission phase. However, he did not re-

school through the local admission phase.

“But the second school rejected him because he had been

accepted through the public admission phase. Since my son did not

The online registration system has been applied in the capital

since 2004. No such problems occurred with the previous registration

admission, where students vie for seats with other students throughout

the country; local admission, where students compete with others

in the same province; and third admission, where students who did

not get accepted during

rst and second admission resubmit their

Lasro Marbun, head of the Jakarta Education Agency, said that

unable to register during local admission or third admission, could

register their children at private schools.

semester,” he said on Thursday as quoted by kompas.com.

However, Rida Afrida, who wanted to register her son at state

junior high school SMP 194, did not agree with that idea. According to

her, a lot of people have chosen public schools over private schools

“I cannot pay for a private school, if he thinks that is a good

alternative for us, he should just give us the money to pay for those

that the parents should be patient and not panic.

“We had no problems last year. The process might be a little

complicated, but there’s no reason to panic,” the acting governor told

Write and ask questions about the news.

When reading the text, what questions come up in your

mind? If you don’t have any, then try to ask questions that the

answers of which are the ones underlined in the text. Write

the questions in the space below. Then, work in pairs and ask

your friends the questions you have written.

Do the comprehension questions.

Answer the following questions by referring to the text from the

newspaper above. Compare your answer with your friends’.

When did it happen?

What is the main problem faced by the parents?

Why did the parents feel disappointed with the online

Who was rejected from school due to his/her height?

Mention some technical problems in the registration

What makes the online system problematic this year?

Why do people prefer public schools to private

If you were one of the parents, what would you do to

deal with the problems in the online system?

What do you think about the acting governor’s

response to the parents’ protests?

If you were the acting governor, how would you respond

to the parents’ concerns?

Now, let’s understand the text structure. Fill in the blanks by

referring to the text.

head of the Jakarta

Now, let’s focus on grammar. Pay attention to the news

headline. What can you learn from that?

Is it Direct or Indirect?

Direct and indirect sentences appear in the text above.

Complete the blank spaces in the following column with

“First my daughter was

rejected because of her

height, and now due to

register at any school. I just

want to get her into a good

parent, also said that she was

unable to register her son at

any state-run high school due to

“But the second school

rejected him because it

said that he had been

Since my son did not re-

Riki Setyanto, one of the parents,

said that he had registered his

daughter for enrollment at state

Jakarta, but she then got rejected

applied by the state-run school.

said that anyone who did

not re-register in the public

was unable to register during

admission, could register their

“They can then transfer

them to a public school

in the second semester,”

Thursday as quoted by

“I cannot pay for a private

school, if he thinks that is

a good alternative for us,

he should just give us the

money to pay for those

“We had no problems last

be a little complicated, but

there’s no reason to panic,”

1. Do you know the purpose of a news item?

2. Do you know how information in a news item is

3. Do you know how to tell news to your friend?

4. Do you know how to use direct and indirect

At the end of this chapter, ask yourself the following questions

to know your learning progress.

If your answer is "no" to one of

these questions, see your teacher and

discuss with him/her on how to make

you understand and be able to write

or talk about yourself better.